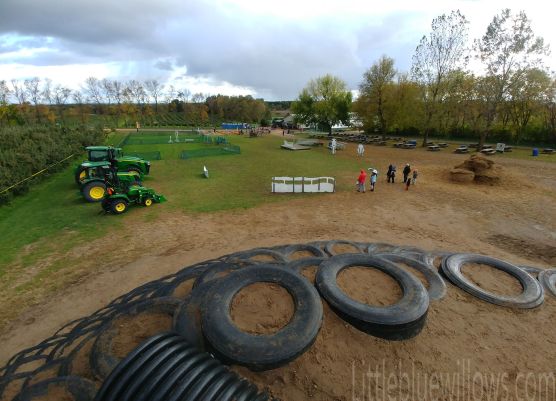 So sometimes it is good to get out on a chilly day and explore. Apple picking was the name of the game so we bundled up and drove to Afton Apple Orchard. It seems to be a good value due to the activities included in the entry fee. 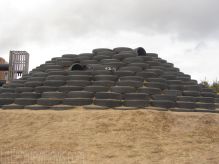 There were tractors to explore, a pumpkin maze for the little ones and massive rocking chairs to climb. A combined harvester up-cycled into a massive slide was thoroughly enjoyed by Kid Willow. It was amazing to see the items that were created using old farm equipment. This orchard also had massive pumpkin patches, raspberry bushes and 16 varieties of apples. It was great that they had a sampling station for the apples so you knew which you wanted to pick. 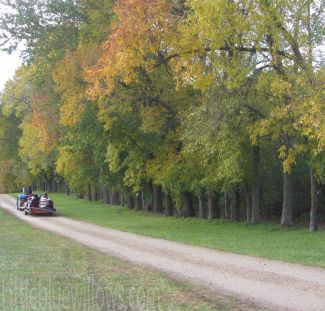 After taking a hay ride back to the main building we enjoyed a hot apple cider (US style not UK style. AKA no alcohol) They even had apple cider doughnuts. The shop was full of treats and locally made goodies. Due to the chill the outdoor tables were not the best for enjoying any edible treats on this day. However on a warmer day there would be plenty of seating available. Kid Willow and Baby willow have declared they like apple cider (not hot) and the doughnut.

Afterwards we were back to the playground and the petting zoo. There are many signs stating to not feed the animals apples. There was ample space for the animals but seeing the goat in the middle of the hay amused me. The lamas looked to be contently enjoying a bite as well.

I think overall it was a great experience with a few just in case you go things to know. There are no public restrooms in the building just rows of porta pottys. The enormous corn maze is across the road from the apple orchard. (We did not try the maze due to being with the kiddos and cost for all of us to try it.) Picked apples were sold at about $3 a pound and the picked pumpkins were 50cents a pound when we visited.