It has been a fairly quiet few weeks. We had some highlights which I would like to share with you. It has also been a definite roller coaster in the transition from winter to spring. This March and April have been much warmer and drier than last year thus bringing on a slight drought.  So with that being stated let’s get on to the trails, snow and light rail. 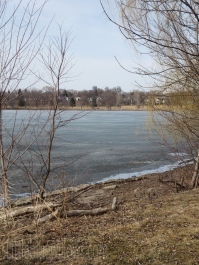 We meet a couple of friends for a walk with their dog around Lake Hiawatha. Spotty and stripes were able to join us this time. We were lucky in that the temperature reached 70F/21C. The sun was shining through some clouds, but overall a great day to walk with friends. 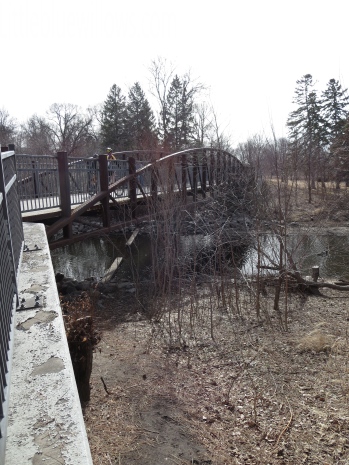 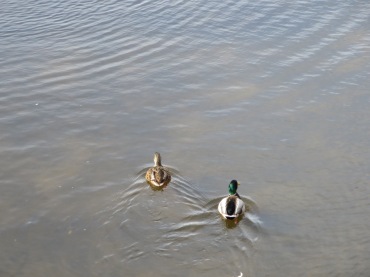 The grass is still brown and the lakes were still quite icy. Seeing the birds and people out and about was nice. The ducks feeding near one of smaller bridges was fun. Our friends told us that they call ducks water squirrels for their dog. I thought that was cool. 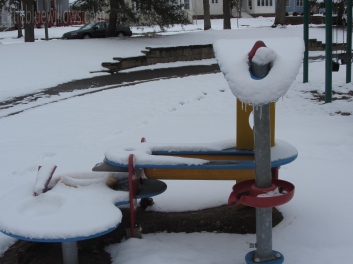 Then one week later we had 3 inches/7.6cm of snow and much cooler temperatures. The snow melted fairly quickly. Though for those of us just to the south of the Twin Cities had about 15 inches/38cm of snow.Although I was not keen on the snow, the weather people state that we are about 19 inches below normal for snow fall. We are officially in a drought. This is not great for the plant life, but I will admit that being able to walk on the sidewalks without fear of ice is wonderful.

A week later was Palm Sunday. I will keep this week brief as I hope to write a more detailed post later. That being stated C and I thought that we’d enjoy the 50F/10C weather and take Baby Willow on the Light Rail/tram to downtown/city center of St. Paul. Many people don’t seem to realize that St. Paul is the capitol of Minnesota and not Minneapolis. There are many older buildings in St. Paul and the details are easily seen. We are fans of St. Paul, but don’t get to this part of St. Paul often enough. I really wanted to go to Union Station and then walk around. In doing so C and I realized that we need to take many more trips to downtown St. Paul. It really has some great stuff especially architecture. We went to a family restaurant and then upon realizing how long we’d been away, took the tram back home. A great Sunday afternoon.

Then finally the three of us joined the same friends from the first of the four weeks for a walk along the Mississippi River. This is nearly the same walk we took back in 2013 before we found out that Baby Willow was coming. We stopped at Seward Coop Grocery Store for a quick snack on the go. I had the “spicy Mexican brownie.” I really liked it but I should have bought some milk to go with it. Everyone enjoyed their snacks. Since the trees are just now starting to bud the browns and greys are still prominent.

I will state that due to a very light amount of snowfall and a low level of rain, we are in a moderate drought. This could make for a rough summer. When the snow has already melted and the temperatures rise this quickly, this area seems to get more severe weather. I hope not, but I guess it is something to look out for in the future. However, for now we’ll enjoy the warmer weather and being able to go for longer walks.